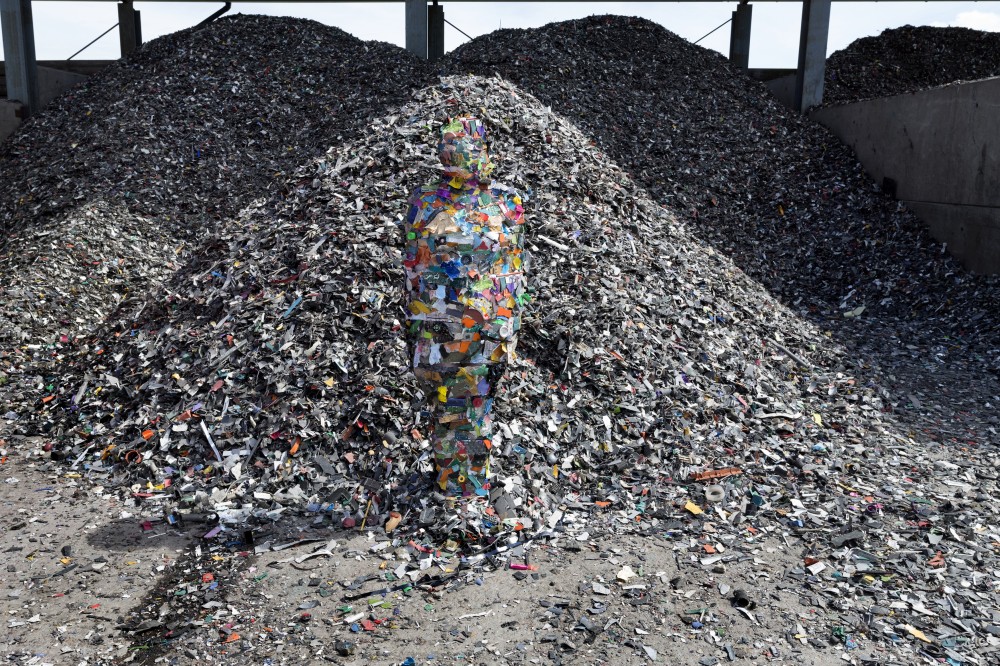 Plastic Seas is a collaboration between Susana Sanroman and Maria Jose Arceo that  will be addressing the impact of waste on our environment through a combination of  collaboration performance, film projections, and a fund-raising event for Cancer Research & the eXXpedition’s education program. This event is also part of ArtCOP21 in their “Visual Arts and Exhibitions” list of events.

María José Arceo will present a documentary film by Jennifer Pate on Atlantic “eXXpedition” 2014: “An all women voyage to make the unseen seen – from the plastics in our oceans to the toxics in our bodies.”
The film documents “eXXpedition” 2014 – the journey of 14 women (scientists, designers, filmmakers, marine biologists, environmental advocates and Maria as the boat’s official artist in residence) who last November sailed across the Ocean on a scientific mission sampling themselves and the Atlantic for micro plastics and persistent toxic pollutants in our bodies and the ocean’s environment.

‘’Our mission is to explore the issue of plastics, chemicals, endocrine disruptors and carcinogens in our personal and global environment that can cause disease. Our aim is to engage women in scientific narratives relating to the consumer choices they make, and their long-term health impacts on themselves and our environment’

Maria Jose Arceo is a London-based artist born in Santiago de Compostela, who uses multi-disciplinary art practices like sculpture video & photography to explore the impact of human manipulation upon the natural world; in particular, she is looking for traces of human footprints upon water environments.
http://www.mariajosearceo.com/
http://exxpedition.com/atlantic2014/

Susana Sanromán will show an unpublished piece of video art, a summary of the work carried out in the last 3 years. The artist emphasizes the ‘process’ in alternate time-lapse video with animation. Although the piece contains certain elements of the documentary video genre, stands as  a work in itself.

This project aims to highlight the impact of waste, resulting from the continuous production of goods in our societies. It also looks at the effects of phasing out certain activities and industries that are no longer sustainable, as a result of the economic constraints on the system.

This excessive consumerism has had a serious impact on our environment. The amount of debris is ever increasing, while managing it is increasingly expensive

The images portray real scenarios, where the accumulation of waste has occurred naturally; due to a need for disposal, recycling, or as a result of various industries’ gradual abandonment of activities that are no longer viable.

Making use of a merely figurative and anonymous signifier, Sanromán uses the ‘mummy’,  to imply that ‘human’ presence, and society are the catalytic changing forces in the landscape we observe.

In each image, the material used in the ‘mummification’ relates to the background . The human figure merges into its surroundings, until a complete metamorphosis has taken place.

The mummy, as an aspect of human remains, like the landscape depicted, evokes concepts such as death, waste, neglect, degradation and ultimate transformation.

Born in La Coruña, Spain, lives and works in London. Since completing her B.A. (hon) in photography at the London College of Communication (University of the Arts London), she has been involved in a number of international exhibitions both as an artist and a curator; UK, Italy, France, Spain,USA and India. She  has  also been part of several artist residences in Italy and Spain.